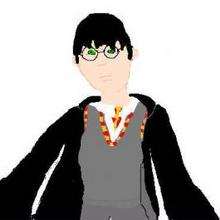 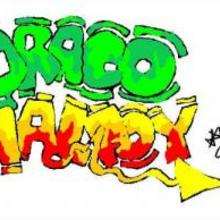 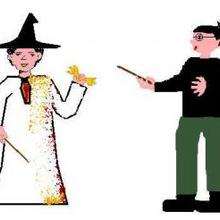 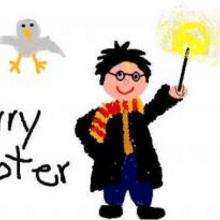 There are seven Harry Potter novels written by the British author J.K. Rowling. The fantasy novels recount the adventures of Harry Potter and his two friends Ronald Weasley and Hermione Granger. The three young wizards all attend Hogwarts School of Witchcraft and Wizardry. There have been approximately 450 million Harry Potter books sold in 73 different languages, making them on of the best selling book series in history. The success of the books were made into 8 fantasy films grossing $7.7 billion worldwide. The success of the books and movies then warranted the creatinon of several Harry Potter themed areas, known as The Wizarding World of Harry Potter at theme parks at Universal Studios in Orlando, Japan and Holllywood.

There are lovely Harry Potter portraits and pictures created by young people for you to enjoy. There is a wizardry selection of Harry Potter coloring pages you can color online with the interactive coloring machine or by printing to decorate at home. The coloring pages make great decorations for your room or to have as a fun coloring activity for a themed birthday party. If you like magic try one of the fun magic tricks you can learn to master to mesmorize your friends and family. Enjoy!