1847-1931 Thomas Edison is the man thanks to whom we have the light. He is called as the man of electricity.

He has given everyone of us more than we can ever understand. He has been called as the most influential figure of the millennium.

He has created us the modern world and the present day of civilization.

Thomas Edison nickname for his family was little "Al." Little "Al" was the last of seven children in his family, did not learn to talk until he was almost four years of age. Immediately thereafter, he began pleading with every adult he met to explain the workings of just about everything he encountered. If they said they didn't know, he would look them straight in the eye with his deeply set and vibrant blue-green eyes and ask them "Why?"

That "Why?" question led his creative mind to such an extent that he started to invent different things for the humankind. It is good to ask questions such as. It will lead you to answers and thoughts you have never had before.

Little "Al" was not the first man to come up with the idea of light bulb but his version was able to outstrip the others because of a combination of three factors: an effective incandescent material, a higher vacuum than others were able to achieve (by use of the Sprengel pump) and a high resistance that made power distribution from a centralized source economically viable.

I wanted to share this with all of you to let you know that asking questions and looking for answers might lead you to create something powerful like Thomas Edison has done for us. 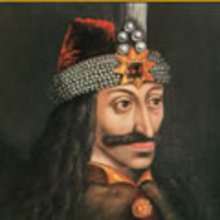