Here is a nice decoration idea, a garland of origami Chinese lanterns! Easy and fun to make, they can also brighten up a room!

You finished you origami Chinese lantern! If you make a lot more, you can string them on a thread to make a garland!

This origami is also called water bomb, because with a certain type of paper, you can fill it with water through the hole at the bottom! 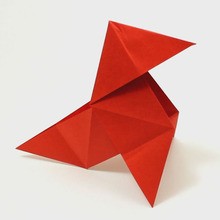 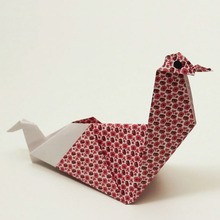