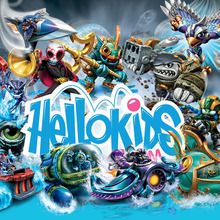 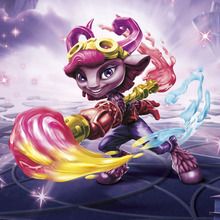 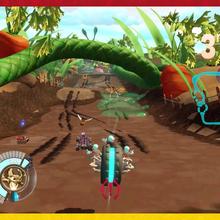 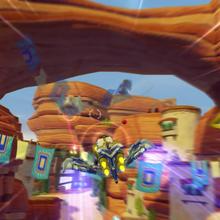 Rev your engines! [Skylanders], the #1 kids' console franchise worldwide1 is taking to Land, Sea and Air with Skylanders® SuperChargers on 25th September in Europe. Skylanders SuperChargers expands upon the franchise's signature gameplay to introduce vehicles-to-life -- an entirely new way for fans to experience the magic of Skylands. For the first time, kids can explore and navigate the mountainous terrains, deep sea environments and big blue skies of Skylands like never before with amazingly detailed vehicles, many of which feature moving parts that will play in the real world and come to life in the game via the Portal of Power®.

Activision will continue the franchise's leadership on mobile, which was established through last year's revolutionary debut of Skylanders Trap Team, by bringing the full Skylanders SuperChargers game to select Apple devices including iPad®, and for the first time ever, the iPhone® and iPod touch®.  With the Skylanders SuperChargers Starter Pack for iPad, iPhone and iPod touch, fans can experience the same robust gameplay-driven adventure, complete with lush, expansive environments as its console counterpart on the go, wherever and whenever they want.  The all-new cloud save feature allows for continuity between multiple devices, allowing for more seamless gameplay.  Right out the Starter Pack box for iPad, iPhone and iPod touch, fans with those devices will find everything they need to play Skylanders SuperChargers, including a Bluetooth® portal, an embedded Bluetooth® controller and a built-in stand. Players also get Instant Spit Fire and Instant Hot Streak for free with the download, while in-app purchases will unlock Instant versions of Dive-Clops, Dive Bomber, Super Shot Stealth Elf and Stealth Stinger.

Also a franchise first, players can purchase the digital Portal Owners Pack via connected consoles or for select iPads, iPhones and iPod touch. They can download the full AAA game and complete the mainline game with Instant Spitfire SuperCharger and Instant Hot Streak vehicle. They can also use a Portal they already own to enjoy the full game experience with physical toys from the new Skylanders SuperChargers along with their existing collections.