This easy experiment is made in two different ways that you will see in the video. These two ways will help you understand perfectly how this phenomenon works. A phenomenon that you can find in nature!

How does it work?

Surface tension is the phenomenon used here. There is a sort of film on the surface of the water. This is why the piece of cardboard and the pepper float instead of drowning. This tension allows the gerris, known as water striders to walk on the water.

Washing-up liquid is a type of soap, a surfactant. It breaks the film at the surface of the water. The edges of the broken film aren't tight anymore and move appart. This is what the pepper shows you. It's the same for the boat, but it hold in place the tension. Therefore, the film just moves apart at the back of the boat, which makes it move forward.

How to make this experiment 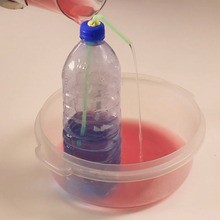 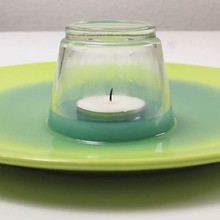