If you decided to be a gorilla this Halloween, great! Making your own gorilla costume is as easy as it gets and you only need a few things:

As you can see, you don't need extraordinary things to make homemade Halloween gorilla costumes. So, you can get to work already. But what to do and how to do it?

First, start with the pants. Just mark the back of the black fur fabric, after measuring the person who will wear the costume in the end and cut the fabric afterwards. Make sure the margins are bigger, because the one who wears it should feel good in it and not end up out of air.

Also, make sure you have some elastic prepared in order to hold the pants.

The second step is to make the upper part of the homemade gorilla costume. Make sure it goes till the subject's hips. The final gorilla must not look as if it had been cut in half and resewed surgically after the accident. Do the same as in step one or just make the subject lay down on the fabric.

Now, your gorilla must have some muscles. After all, it is a king of the jungle, not just any monkey. So, take the rubber fabric and cut a circle at the bottom, for the stomach and a square in the upper part, for the impressive chest. After you cut it, sew it on the upper part of the gorilla costume, described in step two.

Three down, two to go. You are almost there. Sew the upper part on the sides, for it to be all around, not separate and comb the fur in the extremities a little bit. There you are.

From now on it is all about the gorilla's accessories.

Try to wear black gloves, black shoes and the gorilla mask, which you can adjust according to your tastes. Also, bring along your banana. If you are an adult, dress up your kid in a banana for Halloween or, if it's a kid's gorilla costume you have just made, dress up your mom or dad as a Halloween banana.

There you go. Now, the Halloween jungle is out there, at the costumed party. 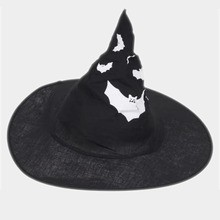