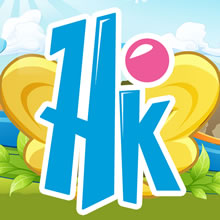 A Disney animated film produced by Pixar with the voices of many big celebrities such as Tom Hanks, Tim Allen, Don Rickles and John Ratzenburger. In this adventure a little boy named Andy loves to play with his toys, especially his cowboy doll named "Woody". When Andy is not with the toys they all come to life. Woody believes that he has a good life (as a toy). However, Andy's family is moving and his mother is getting rid of some his toys which is worrisome to the toys living in Andy's room and no one wants to be replaced with a new toy they all worry about when Andy receives gifts at his birthday party. On Andy's birthday his mother gave him an action figure known as Buzz Lightyear, who does not believe that he is a toy, and quickly becomes Andy's new favorite toy. Woody, who is now consumed with jealousy, tries to get rid of Buzz. During an attempt to help Buzz, both Woody and Buzz get lost and are separated from Andy. Woody and Buzz eventually learn to put aside their differences and find a way to get back to Andy before he moves without them, but they will have to pass through a ruthless toy killer, Sid Phillips.